Reid Ribble is a Republican member of Congress representing Wisconsin's 8th District.
He is the man who authored and wishes Congress to  pass H.R. 884, which would allow USFWS to strip away endangered species protections from Gray Wolves in Wisconsin.

You could contact your Congressional representatives and senators, and tell them that as a wolf advocate, you do not agree with his reasoning.

All contact information for political representatives and senators, state by state, and an example of what to say in your email, or phone call can be found here:
http://nowolfhaters.blogspot.com/2015/02/february-7-2015-congress-threatens.html?spref=tw 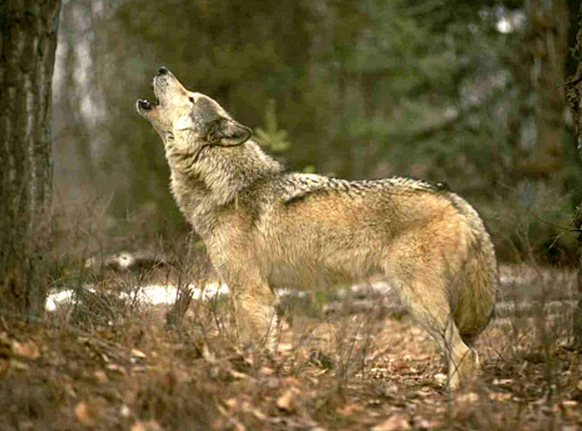 
For those of us who have the good fortune to be from a state as rich in natural beauty as Wisconsin, it would be impossible not to care about conservation.

In 2011, we received positive news from the U.S. Fish & Wildlife Service — the gray wolf, once critically endangered, had finally bounced back and no longer required the protection of the Endangered Species Act. For many of us in Wisconsin, the wolf's recovery was already obvious, as they were seen more and more frequently around our homes and communities, sometimes unfortunately clashing with pets and livestock.

Finding the right balance between conservation and safety for people and animals requires careful science and years of study, and the Fish & Wildlife Service has teams of highly trained people who dedicate their careers to getting these questions right. In 1978, the gray wolf was listed as endangered and put under the protection of the Endangered Species Act. Through the successful population management of the Fish & Wildlife Service, wolves have experienced an unprecedented comeback.

The Endangered Species Act, a huge step taken by America to protect biodiversity, was designed to be an intensive recovery initiative, not a permanent population manager. When the law is most successful, it results in a species being removed from the endangered species list. The gray wolf population rebound in Wisconsin and other affected Great Lakes states is a success story that should have allowed population management to be transferred from the federal Endangered Species Act back to state and local control for long-term maintenance.

Unfortunately, it hasn't proven that simple. Through an activist judge's ruling to reverse the decision of the Fish & Wildlife Service, gray wolves were relisted as an endangered species, in spite of the best science available. People far from understanding the facts of the case or how our communities work have jumped into the argument, making claims based on emotion and not data and cheapening the hard science that the Fish & Wildlife Service spent decades compiling. Substantial amounts of money are being spent on litigation that would be far better spent on doing the work that both sides are committed to doing: preserving biodiversity.

Responding to numerous requests from constituents, I authored HR 884, http://thomas.loc.gov/cgi-bin/query/z?c114:H.R.884: a short and simple bill that would allow the decision of the Fish & Wildlife Service to delist the gray wolf from the Endangered Species Act to stand.

It does not alter the Endangered Species Act in any way, nor does it impede the Fish & Wildlife Service from relisting the gray wolf again in the future. The bill has bipartisan support from members of Congress in all of the affected Great Lakes states and Wyoming, which are experiencing the same issue. HR 884 simply allows the decision of this dedicated team of scientists to be followed.

At the end of the day, our goal is to do the best we can by the world we have. We want to protect people, preserve animals and ensure that our world is in good condition to hand down to our children and grandchildren. Though the argument around the gray wolf has sometimes become a heated one, each group involved is invested in preserving a healthy wolf population.

It is my belief that allowing trained professionals to make decisions based on years of research is the best path forward in achieving that goal, and my legislation, HR 884, would do just that.


Here is the recent background about reinstatement of protections for our Gray Wolves.

Endangered and Threatened Wildlife and Plants; Reinstatement of Final Rules for the Gray Wolf in Wyoming and the Western Great Lakes in Compliance With Court Orders
A Rule by the Fish and Wildlife Service on 02/20/2015
https://www.federalregister.gov/articles/2015/02/20/2015-03503/endangered-and-threatened-wildlife-and-plants-reinstatement-of-final-rules-for-the-gray-wolf-in
Posted by @Adelheid16 at 8:09 PM 27 comments: 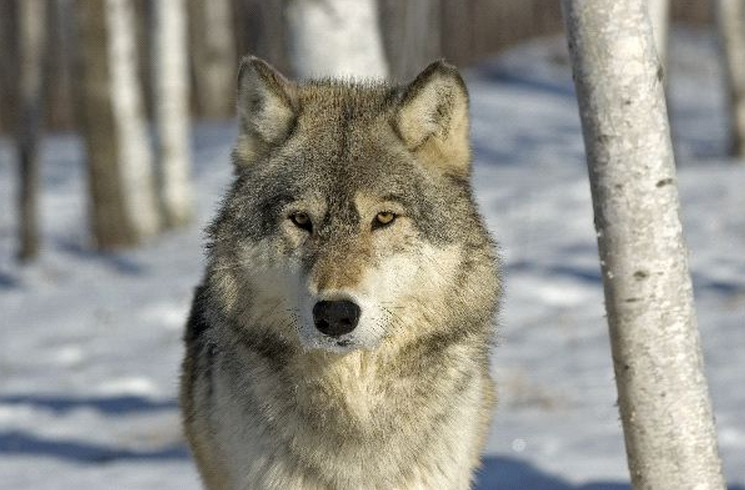 
Ok…..here we go again.
This person, Reed Ribble….
the U.S. Congressional Representative from Wisconsin, believes that we should slaughter our reintroduced gray wolves, instead of working for peaceful co~existence with ranchers for non lethal wolf controls.
http://keepwolveslisted.blogspot.com/p/predator-friendly-non-lethal-predator.html


We need our wolves, and scientists have reported again and again that sound science was not adhered to when the USFWS decided to consider the proposal to remove our Gray Wolves from endangered species status under the protections provided by the Endangered Species Act.

We do not need more wolf bloodshed, nor do we need to continue to drag our USA government into the issue of Gray Wolf RE-introduction into the USA wilderness.

Please take action by contacting your state representatives and senators, ask them to vote NO on H.R.843 and H.R.884 >

Please sign the Defenders ofWildlife petition
Tell USA Congress to lay off "management" hunting of our gray wolves, and instead provide them their needed E.S.A. protections 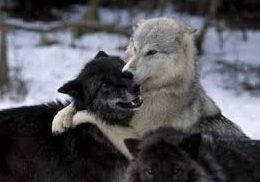 If you also have time to send an email, or place a phone call to your USA Congress representatives and senators, asking them to oppose HR843 and HR884, you can find all contact information and a suggestion on what to say here. Thank you so very much for speaking up for our gray wolves ! : 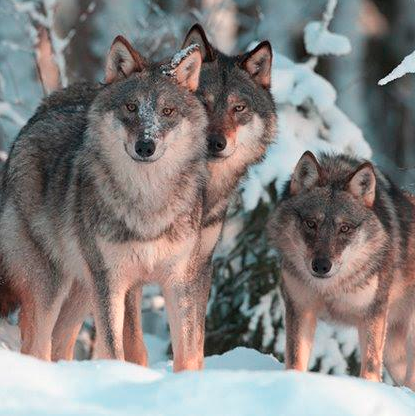 You can speak up for our wolves. 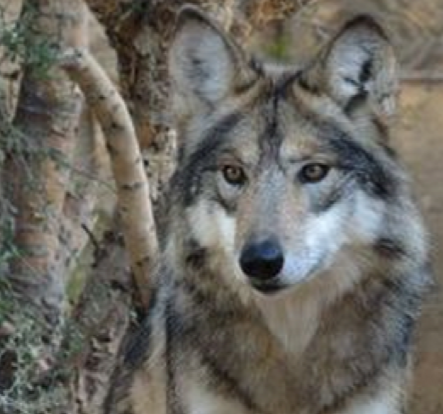 If some members of Congress have their way, wolves across some or even all of the lower 48 states will lose their Endangered Species Act (ESA) protections through stand-alone bills or riders on must-pass legislation.

Your help is needed now to stop anti-wolf legislation from moving forward.

Please contact your members of Congress and Interior Secretary Jewell and tell them decisions about the future of endangered species should be based on science, not politics.

If you prefer to make contact via phone, your
U.S.A. senator phone contacts are here:
U.S.A. HOUSE OF REPRESENTATIVES
PHONE NUMBER CONTACTS
http://www.house.gov/representatives/

And it’s unlikely to stop there. Pressure is being applied to many members of Congress for legislation to push wolves nationwide, even the small, struggling population of Mexican gray wolves, towards extinction.

Bills or riders aimed at stripping endangered wolves of federal protections put more than wolves in peril - they threaten all wildlife and the Endangered Species Act itself. Wolves are being used as pawns in a larger effort to sink the ark that provides for the conservation of all animals.

Please contact members of Congress and the Secretary of the Interior today and urge them to oppose any anti-wolf legislation.

You will be most effective if you call personally or send an email in your own words. Whether you call or write, please be polite so that your message will be heard. Remember, you will most likely connect with a staffer who will pass your message along.

Start by identifying yourself and where you’re calling from.

I am calling to urge [the Senator, the Congressman, Secretary Jewell] to oppose any anti-wolf legislation or riders. Legislation that removes wolves’ protections undermines the Endangered Species Act, and places all wildlife in danger. Appropriations bills and other must-pass legislation should be kept clean of anti-wolf and other controversial riders. Thank you.

Please oppose any anti-wolf legislation or riders. Wolves play a key role in keeping our nation’s wildlands healthy and they have barely begun to recover in many places, including the Southwest, where only 83 Mexican gray wolves were found in the wild at last official count. Federal protections are necessary to allow struggling populations of wolves to survive and expand into suitable habitat.

Decisions about endangered wildlife should be based on science rather than political whims. Legislation that removes wolves’ protections undermines the Endangered Species Act, a popular, important law enacted with overwhelming bi-partisan support. Without a strong Endangered Species Act, we face a future devoid of the rich diversity of wildlife that should be our national legacy. Bills that undermine the ESA threaten all wolves and all wildlife.

Appropriations bills and other must-pass legislation should be kept clean of anti-wolf and other controversial riders. Legislation of importance to the entire country should not be held hostage by special interests.

Poll after poll has shown consistently that the American public supports wolf recovery. People all over the world are rooting for our wolves. We have a responsibility to ourselves, the world, and future generations to ensure the recovery of these important animals that were hunted, poisoned and trapped to near extinction.

Again, I urge you to oppose any and all legislative attempts to remove protections for wolves.

Thank you for your kind consideration.

LIVE SIMPLY.
SO THAT OTHERS MAY SIMPLY LIVE. 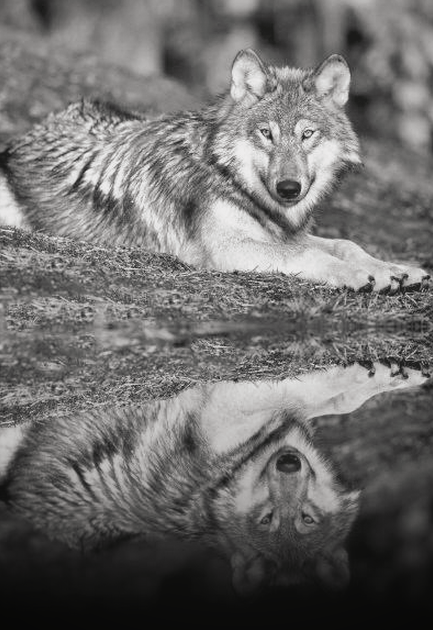 
To date here are the number of wolves that have paid the toll for no longer
being protected under the Endangered Species Act as endangered species in the six states of:
Idaho, Montana, Wyoming
( Rocky Mountains USA )
Michigan, Minnesota, and Wisconsin
( mid Western USA )

The number of wolf fatalities are starting from the date they were delisted in that state.
The final numbers will be updated on the official end date of wolf hunt season, as they become available.
Some states have gone over their quota already.
The USFWS has proposed further removal of protections in the remaining Lower 42 states.
Over a million "pro wolves" commented that they did not approve of delisting, that our Gray Wolves have not made a full recovery and are constantly under siege by the state Wildlife Services here that allow state managed wolf hunting seasons.

The toll of delisting our U.S.A. Gray Wolves from the E.S.A. protections administered through USFWS, Director Dan Ashe and Sectretary Sally Jewell, from delist date to January 2, 2014 :


December 30. 2013
THE DEAD END TWO WAY STREET OF HATRED AND THREAT OF VIOLENCE. 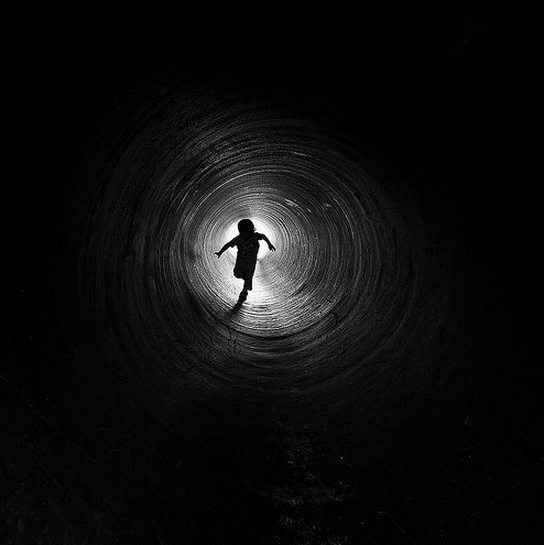 
During the week of the Salmon, Idaho Coyote and Wolf Derby, there were
death threats leveled at residents of Salmon Idaho via animal rights advocates known as pro wolf activists.
There were also magnets being sold in Idaho advocating "hanging" environmentalists.
None of this resulted in calling off the killing derby.

The same situation is found within the battle to stop the Taiji dolphin drive hunts.
How are we viewed when an activist says online that he would like to snap the spine of one young woman involved in the slaughter?

Everything we say online, even if it is deleted afterwards, remains notated somewhere on the internet.
We are being monitored.
That should give us all reason to pause before we say in a moment of heated emotion what we would do to someone caught perpetuating abuse and slaughter of our Buddies.

The wolves, the dolphins, the Orcas, the Rhinos and Elephants, the dogs of Romania, the cats of S.Korea, and the lions who fall prey to trophy hunters need one thing from us.
They need our voices to speak out and change the environment of abuse by creating or amending legal channels of protection.

Threats of violence will beget reciprocal threats of violence, and our Buddies will continue to die while we have our online accounts shut down, blocked, respond to lawsuits, or sit in jail.

No one wins this way.
Remember please who will pay the ultimate price for one of us feeling free to express our outrage by advocating violence towards a hunter online.